Compared to the past couple of years, 2011 has started off pretty well in running terms, and since the New Year, I've raced every week. Most of these races have been at cross country, strange really considering that mud, hills and off road are not a normal part of my vocabulary.
Thankfully the road running season has now started, and I'm back to what I feel most comfortable with. At the end of January, I did the Gloucester 50km race and I'm pleased to say that I won it in a time quicker than I did for the distance last year - 3.37.10 - nowhere near a PB, but considering I was only just getting back properly from injury, I'm really pleased with how the race went. The race also served as the England Team selection race for the Anglo Celtic Plate 100km at the end of March so now want to have a stab at that to see how I do.
I then raced a little closer to home - the Alsager 5 at the beginning of February. 5 miles is way too short for me, but it's always good to have a bit of a blast and blow off those cobwebs. Not a bad run considering, and finished in 31.58. It was actually quite nice to run alongside some familiar faces from the local clubs, and it was great to see so many of them having a great race and getting their own PB's.
Since then, training has been going ok. We did have a new puppy about 3 weeks ago - young Wilson, a collie x whippet - so he's been keeping us busy and taking up a lot of our time, but we wouldn't swap it for the world. He's now started to settle down a bit, which means I'm now starting to get some proper sleep and can focus on my running again and my next big race on Sunday - the Barry 40 mile Track in South Wales.
at February 25, 2011 No comments: 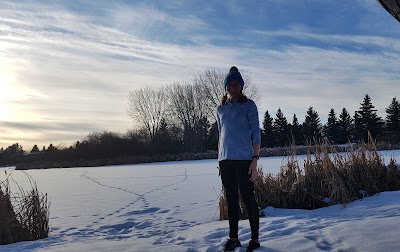